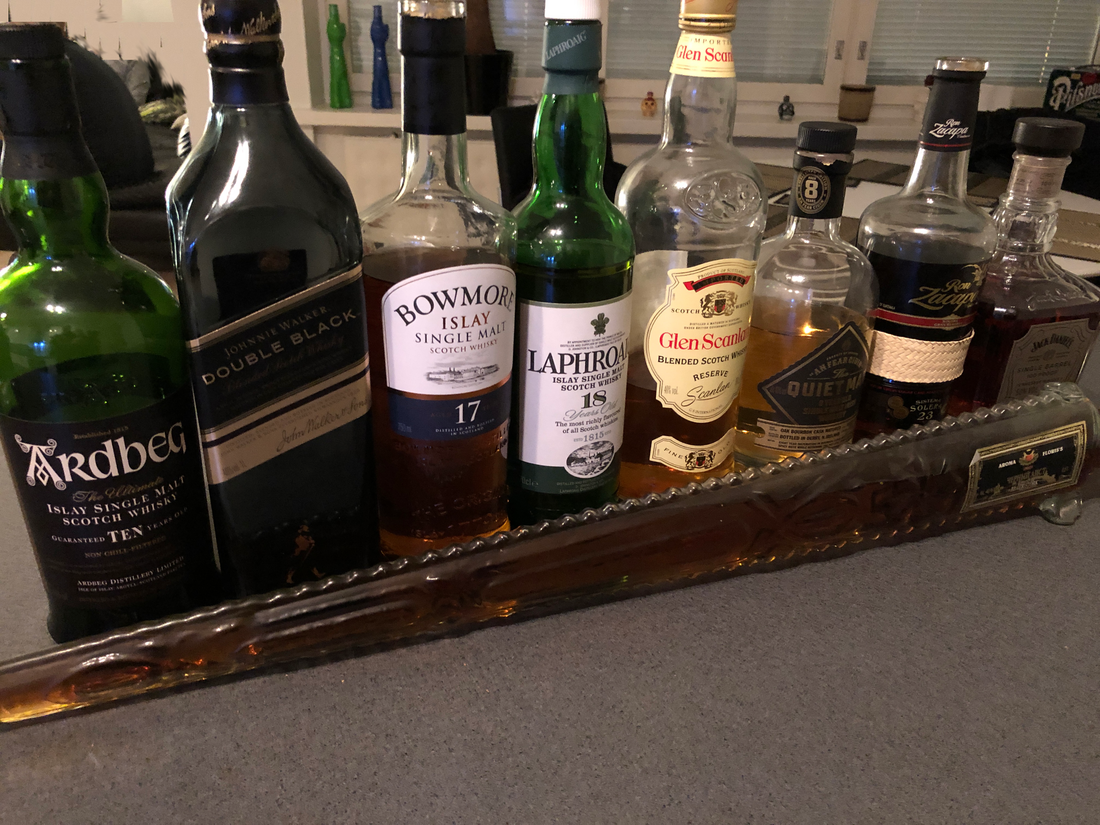 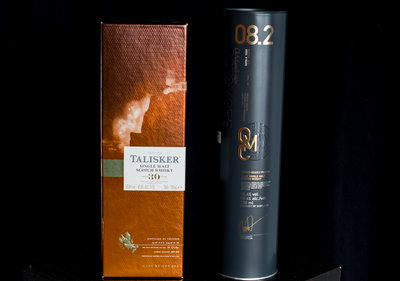 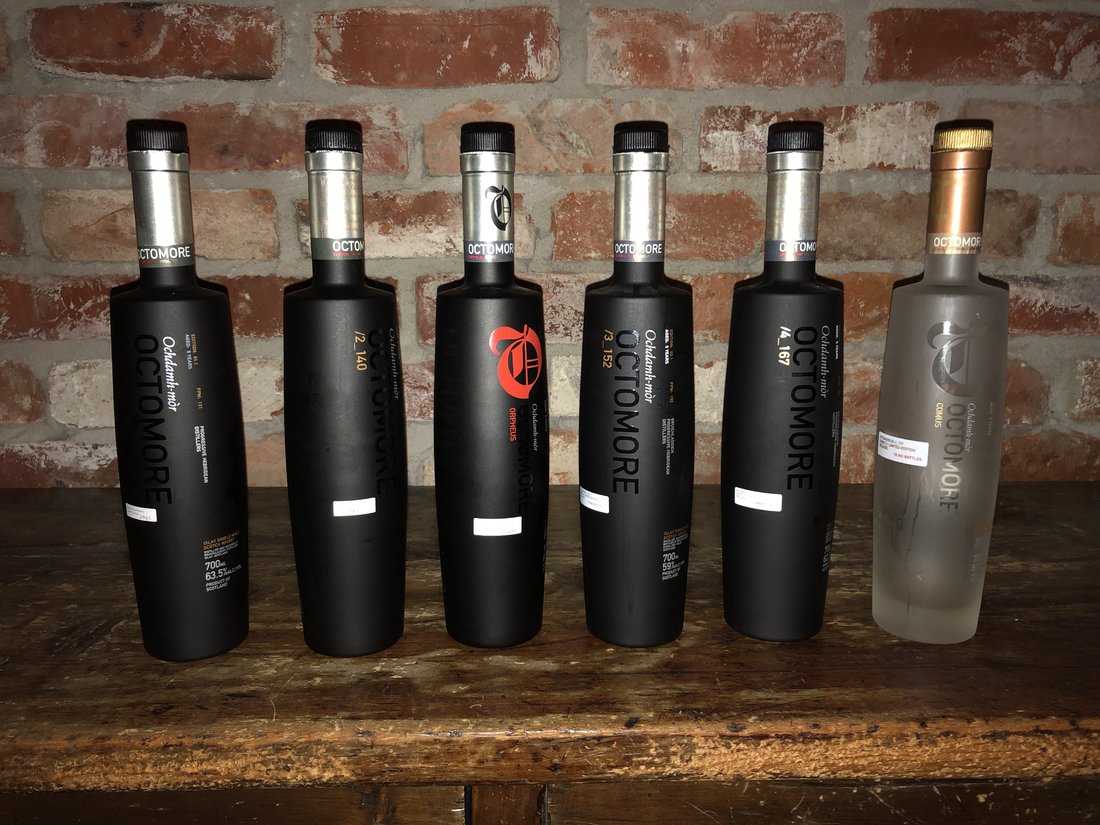 A GUIDE TO THE OCTOMORE NUMBERING SYSTEM

.1
– Our Octomore .1 editions are distilled from 100% Scottish barley. In recent years they have been primarily aged only in ex-American oak,
in varying percentages of different ex-bourbon and ex-Tennessee whiskey casks. They are the backbone of each new series as they
demonstrate the raw character of the clean Octomore spirit balanced with the neutral American oak casks.

.2
– Our Octomore .2 editions are distilled from 100% Scottish barley, as per their .1 counterpart. Crucially,
they are differentiated by a European oak maturation. Think along the lines of ex-Amarone, ex-Sauternes,
ex-Austrian sweet wines and the like. Each edition has a different composition of casks, and the decision
lies in the fate of our head distiller.

.3
– Octomore .3 editions are distilled from 100% Islay barley. They are single estate, single vintage bottlings
from barley grown on friend and farmer James Brown’s land. Octomore farm lies around two miles south of Bruichladdich Distillery,
with the name for the series originating from the farm, where the Montgomery’s once distilled. These whiskies are generally matured
in a mixture of ex-American and ex-European oak, subject to change for each edition.

.4
– Our .4 editions first came onto the scene during out 7th series of the world’s most heavily peated single malt.
They introduce the influence of the tannic, spicey, brutishness of Virgin Oak. Both Octomore 07.4 and 08.4 were influenced,
but not matured full-term, in fresh oak casks. Occasionally, just to keep us doing a ‘Bruichladdich’ and keeping you on your toes,
we replace the .4 edition in the series with something weird and wonderful, like our Octomore 10 year old from the Octomore 9s Dialogos series.